All my blogs pre-December 2014 you can find here however new blogs you will find on my website at www.fionadentlabour.com/blog
Posted by Unknown at 01:33 No comments: 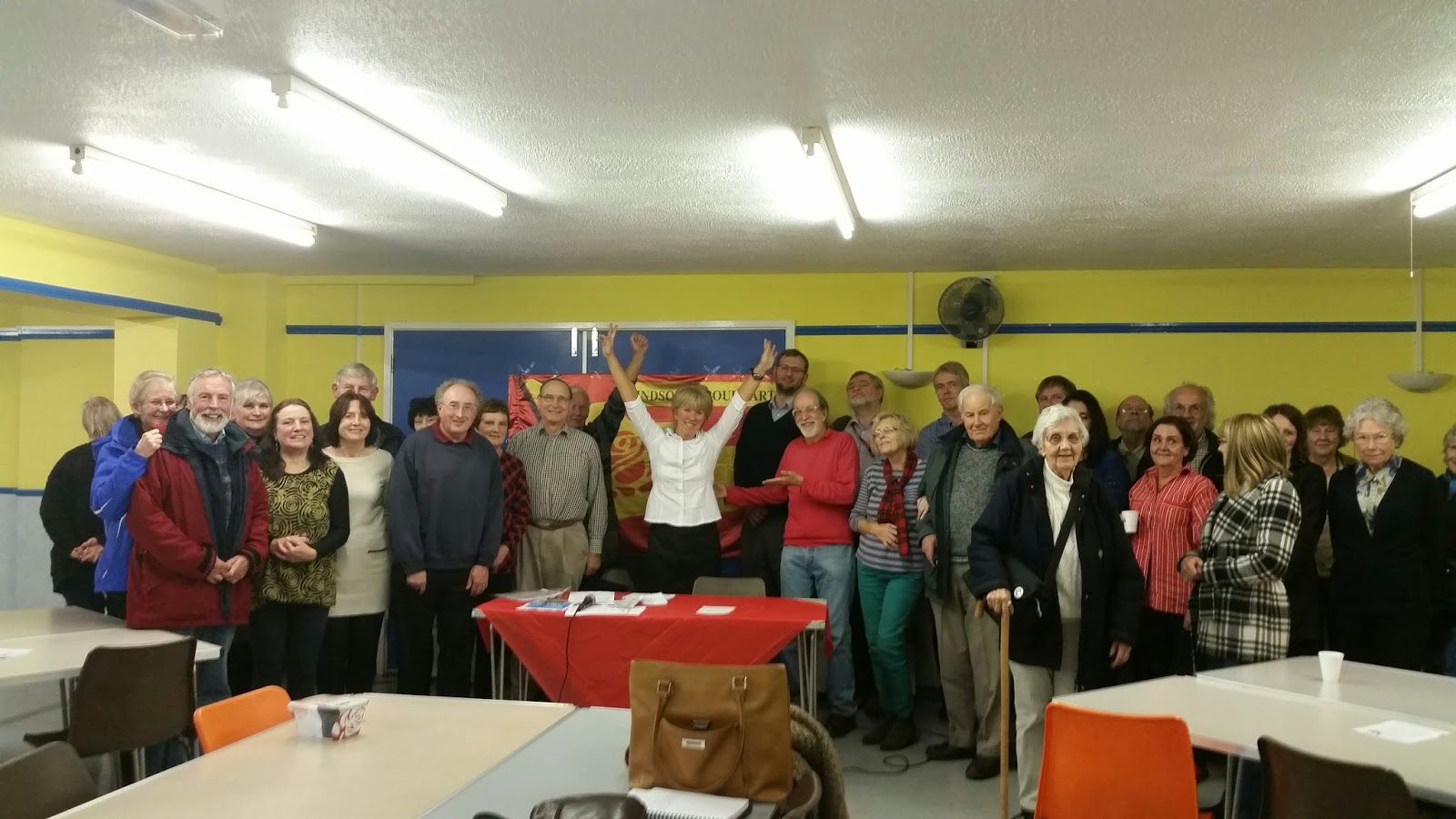 We talked about the mad rush to privatisation that this government is leading, how it is being starved of the support it needs and how Labour can repair the damage if elected in 2015. People came from far and wide to hear him speak and ask questions. Members of the public and Labour members raised difficult issues and carried on talking long after Philip left. A very worthwhile and enjoyable evening!
Posted by Unknown at 16:36 No comments:

UKIP WILL PRIVATISE THE NHS

For a long time now I have been saying beware of UKIP because they want to completely privatise the NHS. You no longer have to take my word for it, here it is from the lips of Nigel Farage

Please watch this short clip of recent film, taken at a UKIP gathering which explains why OUR NHS is not safe in UKIP's hands.

Do you want your taxes to be spent of shareholder dividends?
Do you want to pay additional private insurance for life saving treatment that is currently universally free at the point of need?
Do you want to end up like US citizens who thought they were insured but had their treatment payments rejected by smart insurance companies?

I do not want any of these things, that is why I am fighting to be heard across Ascot, Windsor, Sunningdale, Binfield and the rest of the constituency. That is why I am offering you a credible alternative.

£34 BILLION of taxes has not been collected from companies and this is just the figure we know about. Labour will collect those unpaid taxes to prevent the further undermining of the NHS and the livelihoods of British citizens.

The Tories and the LibDems have brought our NHS to it's knees by putting the NHS on a fast track to privatisation. UKIP want to finish the job. For the sake of your families please vote Labour in 2015 to stop this madness.

Fiona Dent
Posted by Unknown at 03:54 No comments:

On the 16th August 2014 I set off from Jarrow, near Newcastle on a 300 mile march to Westminster. My purpose was to make you and other people around the country aware of the very real damage that is being done to our National Health Service.

My fellow marchers and I walked every day for between 11 and 20 miles. There were no rest days and we spent most nights sleeping on the floors of church halls and community centres. We all had our own very personal reasons why we were willing to put ourselves through this hardship but we were united in our grief for the damage that has already been done to the service that cares for all of us in our hour of need.

In 2010 the NHS was the best it has ever been, waiting lists for treatment had been reduced or wiped out, staff morale was good, you could get a GP appointment within 24 hours, preventative work like smoking cessation and addictions treatment were strong and patient satisfaction was high. In 4 short years that has all changed.

The first piece of damage done was the removal of the gold standard target of being able to see your GP within 48 hours. The reason that this is such an important issue is that a 1 or 2 week delay for the initial diagnosis can mean the difference between receiving effective treatment; annoying enough if you have to suffer longer with a minor ailment but life and death for some cancer patients.

The next Government action was to start the top down NHS reorganisation which they had assured us before the election that they would not do. It cost us, the tax payer, a whopping £3 Billion and it took money away from the what it was meant for ie to pay for doctors, nurses and treatments. This reorganisation has also opened up health commissioning to allow private companies to extract profits and pay shareholders from our hard earned tax contributions. About 6% of NHS services are currently in private ownership but this will become a flood once the Clinical Commissioning Groups have mastered their new role. 2015 will see the first of the new contracts and within 5 years the NHS may be irreparable.

To continue down this road will mean the rise of private, US style health insurance; a system that is renowned as the poorest and the most expensive. I have already met local people who have been forced to pay privately for treatments like cataract operations and removal of painful varicose veins.

You and I can put a stop to all this nonsense: We are the 6th richest country in the world and we still have a NHS worth fighting for. The solution is to reverse the legislation, only the Labour Party can do this and I marched 300 miles to tell you that.

Please follow my campaign on social media; all my links can be found at www.fionadentlabour.com 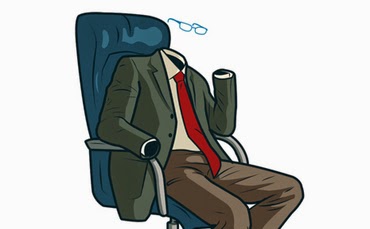 I note the Royal Borough Observers’ reporting on the very poor attendance record of Tory and UKIP RBWM councillors Simon Meadowcraft (Clewer South), Derek Sharp (Furze Platt) and Tom Bursnall (Clewer East) over the past year. To be elected to public office is a huge responsibility and candidates should think carefully before stepping forward. However, once a person is elected they really should be honour bound to turn up and make a positive contribution.

There is always the danger in local politics that a very few select people have the control of important things like the budget and planning permissions. It is exactly the back benchers like these 3, who should be at those meetings bringing the concerns of their residents to bear on decision making.

Sadly Windsor constituency residents are being particularly poorly served because not only are their councillors not turning up but I have concerns about the MP too. Adam Afriyie is listed as only participating in 8 debates in Parliament this year. What on Earth has he been doing? I know that he has his very successful international business to run but being a MP and representing a constituency is a full time job.

Perhaps Adam Afriyie and these councillors are banking on voters not noticing their absence?
Posted by Unknown at 01:27 No comments:


Last week the Conservative Health Minister, Jane Ellison, told the Tory Reform Group that the Government no longer had control of the NHS budget. She was not apologising, far from it, she actually said it was ‘exciting!’ The whole point of the Tory, LibDem NHS Bill was that free market forces would drive the future of our NHS and that Government would no longer be in charge.

However, in April the NHS waiting list for treatment and operations in England topped 3 million: It is not good enough to leave those people in pain waiting for treatment just because you are ‘excited’ by a free market experiment! Personally I believe that the Government should be in control of solving this problem and that it is not good enough to pass the buck down to local areas.

If the Tory LibDem NHS Bill is not significantly altered or repealed, service and treatment standards will fall further. It is the law of the free market that once services are privatised that money and resources will be syphoned off to pay shareholders and marketing managers. Nurses and Doctors will be pressured further to accept lower wages and work longer hours with fewer employment rights. None of this is good for patients or for tax payers; ie you and me.

If elected as MP for Windsor next year, I promise to fight for a stronger NHS which values it’s staff and that will remain the best Health Service in the world, offering excellent care. free at the point of need. This is a fight that we must win in 2015.

NHS & GP CRISIS across Windsor Constituency and the UK 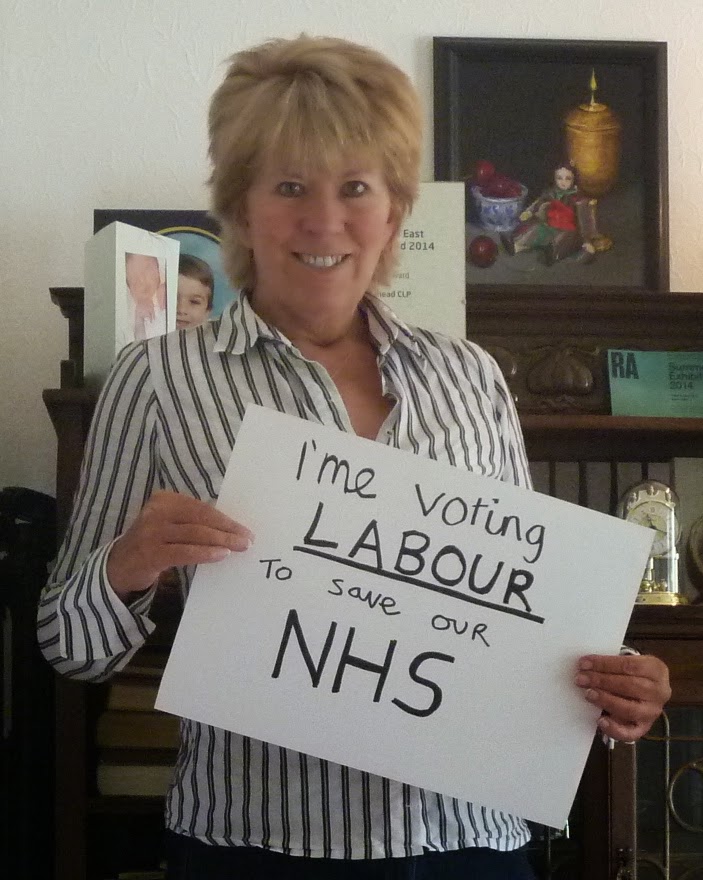 The average waiting time for a GP appointment is set to reach over 2 weeks by next April in more than 50% of surgeries. This is due to the Condem government raiding the GP budget to fund the massively expensive, top-down re-organisation that nobody wanted in the first place. In 2010 there were 70 GPs for every 100,000 patients, now there are only 66.5 and that figure is set to drop still further.

To add to the misery, the numbers of young doctors entering GP training has dropped dramatically since 2007. The new ‘supermarket’ model of an NHS that has been imposed on us by this government has created a more stressful environment for our GPs who have to cope with longer and longer waiting lists. This year less than 70% of the GP training places across the UK, were taken up.

The government is busy removing many of the NHS targets, to try to make things easier for the doctors, but that is going to badly affect the standard of care that we, the patients, get. We can already see this in the lengthening of waiting times for operations and in the poor waiting times to start cancer treatment across England.

The NHS should not be turned into a ‘Cash Cow’ for company shareholders; the NHS is at it’s best when all it’s funding is for use on patients, staff and equipment. May 2015 is the opportunity for people to vote Labour, to end this madness and to repair our NHS.